1 x  Russian Maxim Ammo Box with star embossed in sheet metal can.  Condition:   Good. Minor wear as pictured. Unlike the very good condition cans, these have more wear and rust on the handle area.  Most of the ammo cans have Finnish SA marking 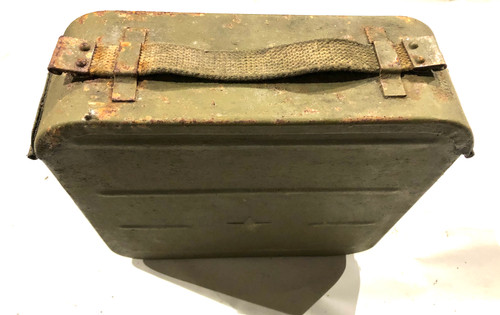