Mounting a submachine gun on a bipod, tripod, or bicycle is an old concept worth revisiting... well, maybe not the bicycle. In fact, some of the earliest pistol caliber machine guns were commonly used on mounts by various countries from WW1 through the 1930s. Since subguns can fire a lot more ammo before heating-up to unsafe temperatures compared to rifle caliber machine guns, it only made sense to use them as sustained fire guns equipped with mounts and high-capacity drums and mags. Several of these early submachine guns even had spade grips similar to heavy machine guns of WW1. While the cartridges are much less effective than typical rifle cartridges of that era, a lightweight sustained fire system that would be effective up to 200 yards would fill a useful niche. Prior to the 1930s, warfare was significantly less mobile so mounted submachine guns capable of accurate, albeit short-range, sustained fire just made sense.

Here are some examples below:

Perhaps the most mounted subgun ever is Italy’s Villar Perosa first made in 1915. 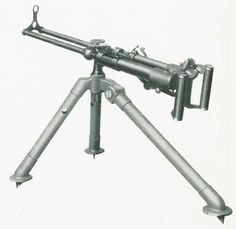 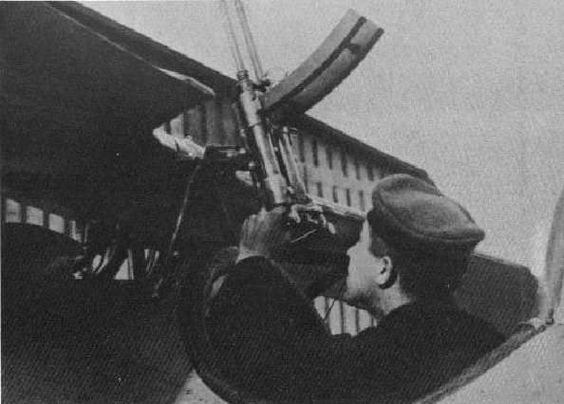 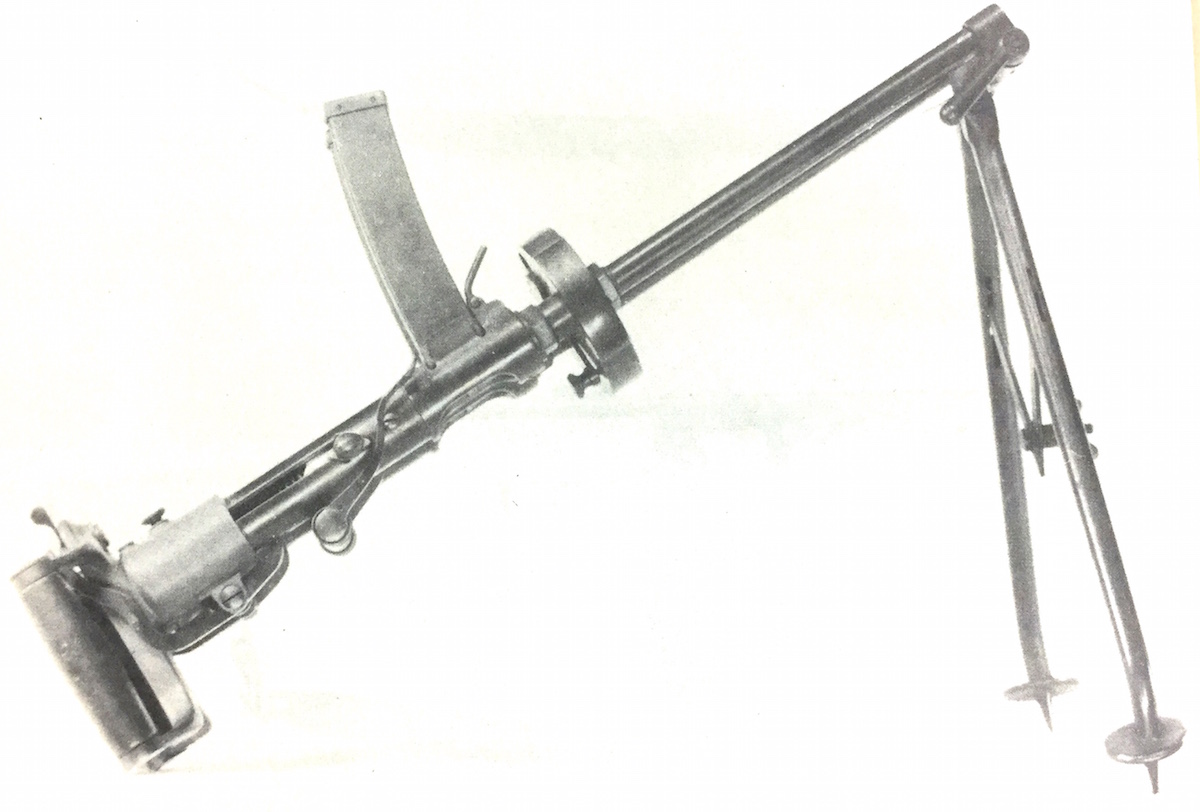 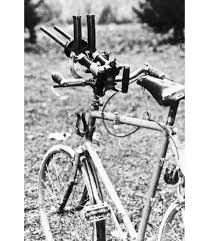 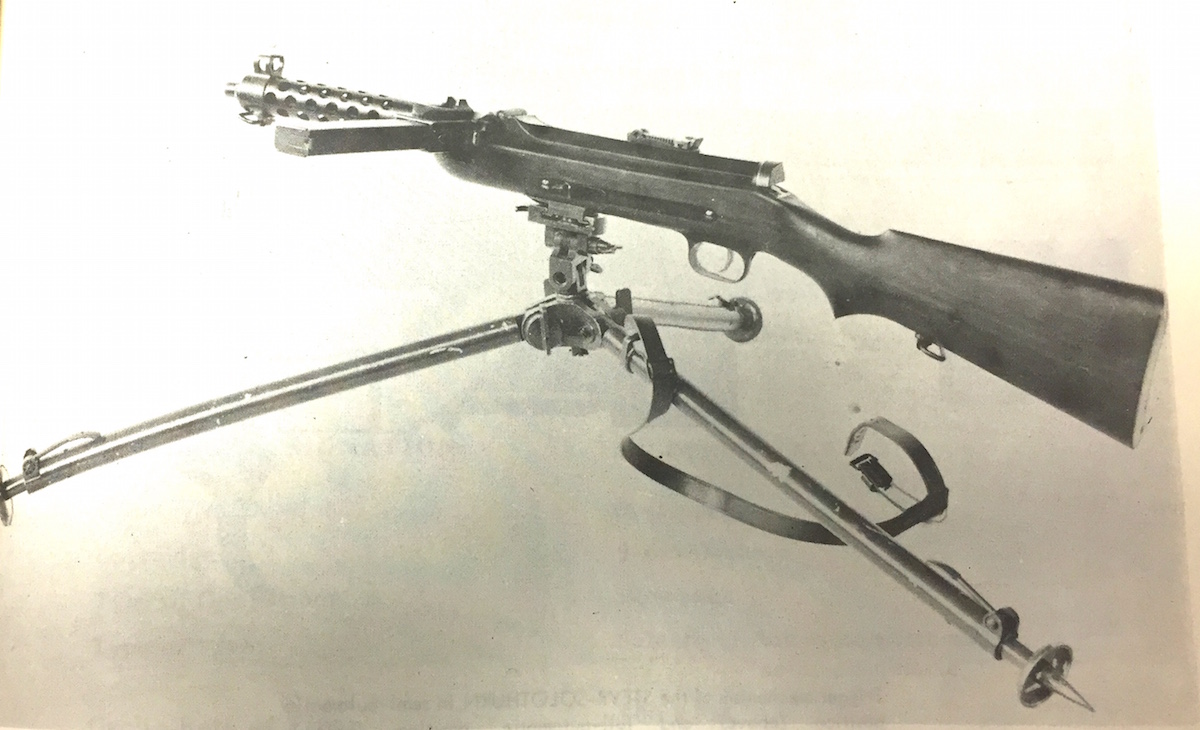 The Solothurn S17-100 from the early 1930s is an interesting subgun in that it was only designed to be used from the tripod mount or mounted on a vehicle. 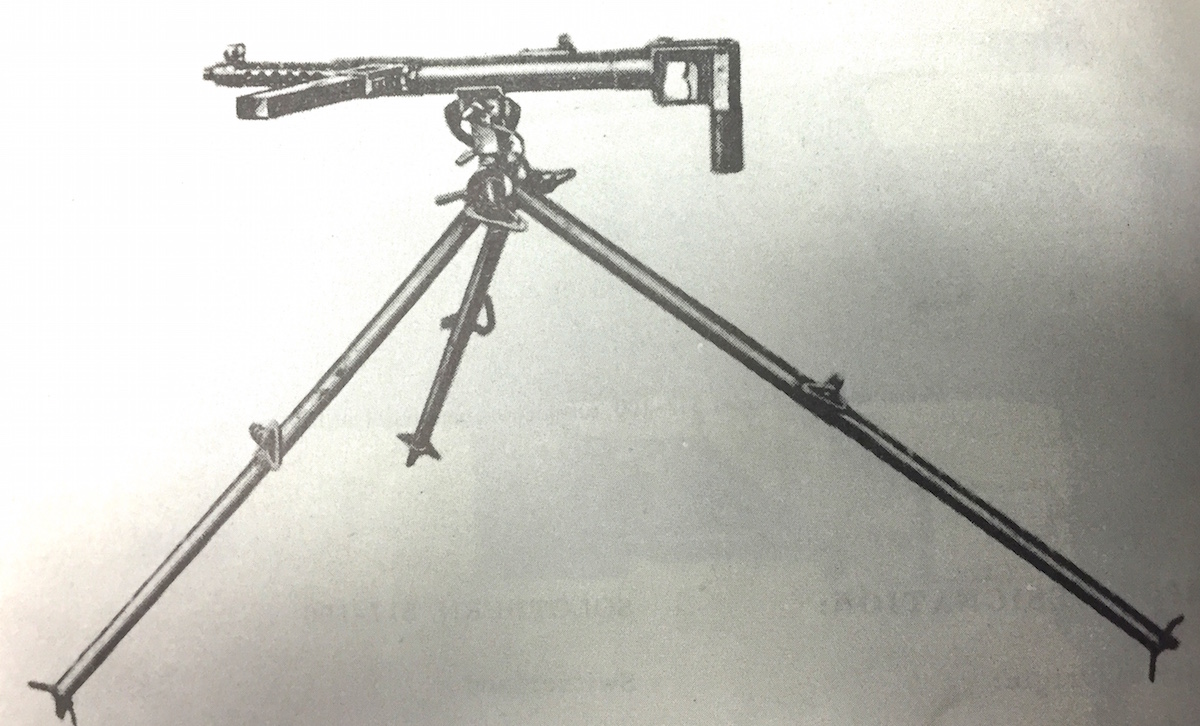 Another interesting submachine gun from the early 1930s is the German Vollmer ERMA. It had a telescoping monopod built into the foregrip.

Not to be left out of this trend, the US had the Thompson Model 1923 which had a heavier barrel than the Model 1921 as well as a bipod. 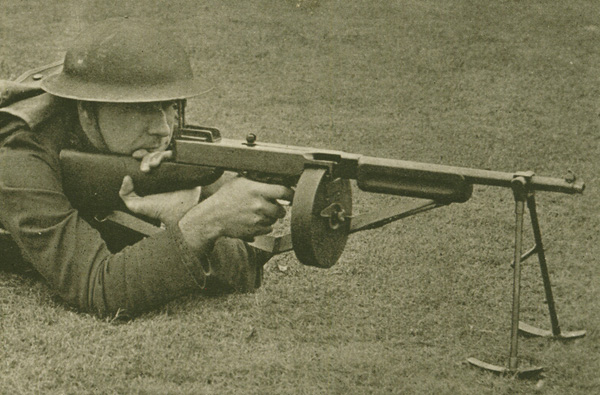 The Czech ZK 383 from 1933 was equipped with an integral bipod that folded into the handguard. The magazine feed from the left side making it convenient for prone firing with the bipod.

Although not commonly used on this gun, the Finnish KP 31 from 1931 was also equipped with a bipod. With the heavy barrel at 12.5” long and its steel shroud, the KP 31 is a very front-heavy gun which makes it and ideal setup to use with a bipod. Many of the guns we make at BRP Corp use the Finnish barrel and shroud system and are incredibly controllable with bipod attachments.

Our quest for maximum sustained and controllable full auto shooting led us to revisit this 100-year-old concept. Since 2003, we’ve equipped many of the Stemple submachine guns with bipods. In 2016, we added additional setups for spade grips and tripod adapters similar to the Swiss and Italian guns from the early 20th century. While short-range pistol-caliber sustained-fire machine guns are obsolete by today’s military standards, these types of mounted subguns are ideal for recreational shooters in the transferable market.

The Stemple Takedown Guns we assemble share a lot of features with early 20th century submachine guns. They are smooth-cycling, heavy, accurate, durable, comfortable to shoot, and use high-capcity mags and drums. No cooling system is necessary for sustained firing. When you combine these features with bipod and tripod mounting options, you have unparalleled control in full auto. Some of our customers liken the full-auto performance to a laser beam.

STG U9 on Bipod 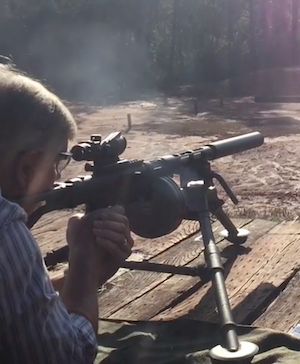 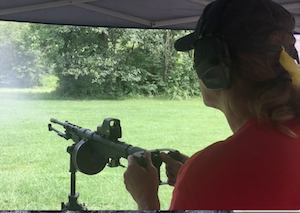 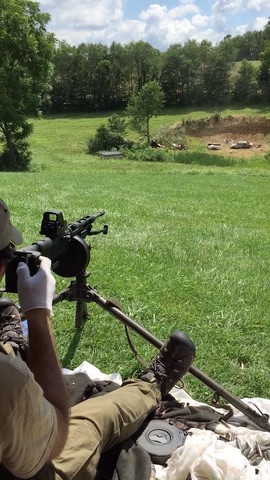