These came out of Yugoslav arsenals and were typically repainted after WW2.  Slings may be post war as well

Original German marked Laufschützer 42s are quite rare since they were quickly replace by the Laufschützer 43 (dual purpose) barrel carrier which worked with both MG34 & MG42 barrels. 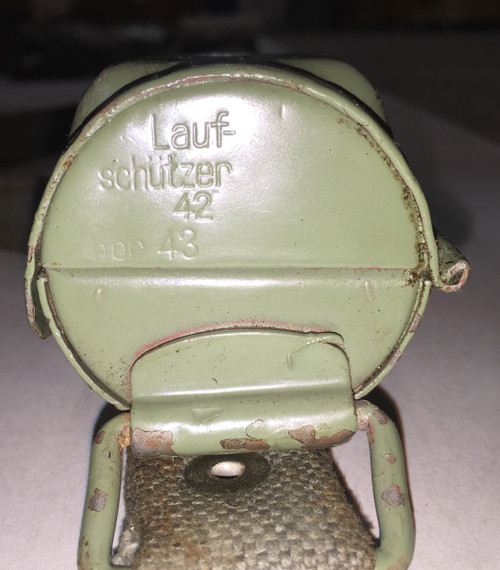