•  1 x Yugoslav Ammo Can.  Made from steel.  The width of these useful cans is for 8mm Mauser ammo.  These are basically a copy of the German WW2 Patronenkasten 34.

These Croatian-made magazines are for 7.62x39 AK-47s. They feature a durable all-steel construction with a bolt hold open on the steel follower. We've tested these in a NoDak Spud build, Polish Ak, and Zastava. They rock and lock as expected and the hold-open is a really cool feature compared to most other mags. 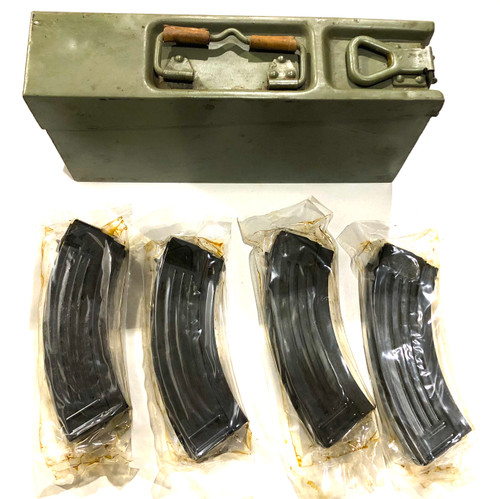